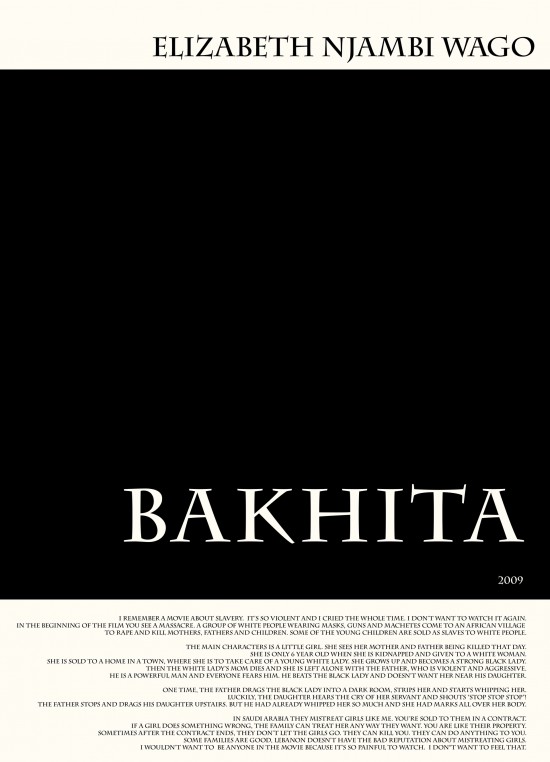 I remember a movie about slavery.  It’s so violent and I cried the whole time. I don’t want to watch it again. In the beginning of the film you see a massacre. A group of white people wearing masks, guns and machetes come to an African village to rape and kill Mothers, fathers and children. some of the young children are sold as slaves to white people.

The main characters is a little girl. She sees her mother and father being killed that day. She is only 6 year old when she is kidnapped and given to a white woman. She is sold to a home in a town, where she is to take care of a young white lady. She grows up and becomes a strong black lady.

Then the white lady’s mom dies and she is left alone with the father, who is violent and aggressive. He is a powerful man and everyone fears him. He beats the black lady and doesn’t want her near his daughter.

One time, the father drags the black lady into a dark room, strips her and starts whipping her. Luckily, the daughter hears the cry of her servant and shouts “stop stop stop”! The father stops and drags his daughter upstairs. But he had already whipped her so much and She had marks all over her body.

In Saudi Arabia they mistreat girls like me. You’re sold to them in a contract.

If a girl does something wrong, the family can treat HER any way they want. you are like their property. Sometimes after the contract ends, they don’t let the girls go. They can kill you. They can do anything to you.

Some families are good, Lebanon doesn’t have the bad reputation about mistreating girls.

I wouldn’t want to be anyone in the movie because it’s so painful to watch and I don’t want to feel that.