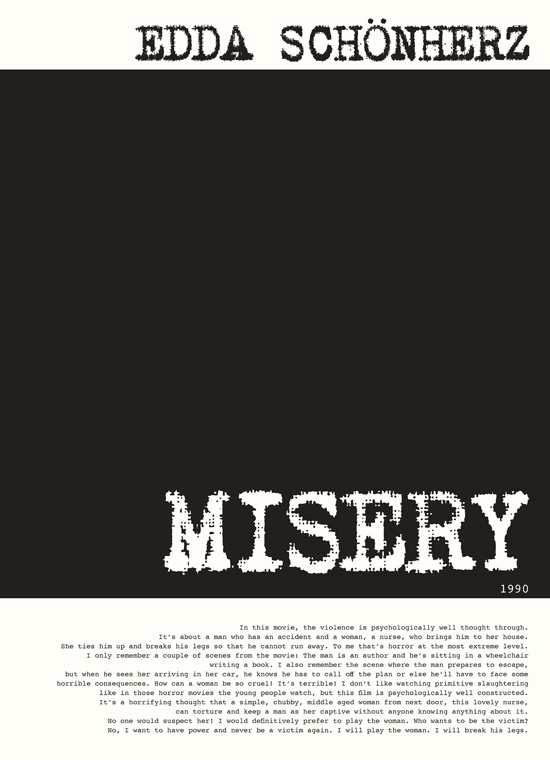 In this movie, the violence is psychologically well thought through. Its about a man who has an accident and a woman, a nurse, who brings him to her house. She ties him up and breaks his legs so that he cannot run away. To me thats horror at the most extreme level.I only remember a couple of scenes from the movie: The man is an author and hes sitting in a wheelchair writing a book. I also remember the scene where the man prepares to escape, but when he sees her arriving in her car, he knows he has to call off the plan or else he’ll have to face some horrible consequences. How can a woman be so cruel! Its terrible! I dont like watching primitive slaughtering like in those horror movies the young people watch, but this ilm is psychologically well constructed. Its a horrifying thought that a simple, chubby, middle aged woman from next door, this lovely nurse, can torture and keep a man as her captive without anyone knowing anything about it. No one would suspect her! I would definitively prefer to play the woman. Who wants to be the victim? No, I want to have power and never be a victim again. I will play the woman. I will break his legs.

These ‘statements on violence’ are in the Direct Approach Guidebook.