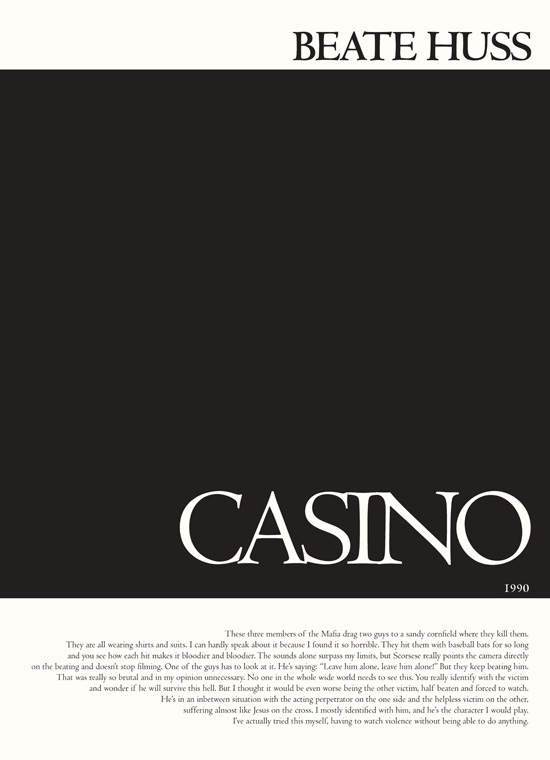 These three members of the Mafia drag two guys to a sandy cornfield where they kill them. They are all wearing shirts and suits. I can hardly speak about it because I found it so horrible. They hit them with baseball bats for so long and you see how each hit makes it bloodier and bloodier. The sounds alone surpass my limits, but Scorsese really points the camera directly on the beating and doesn’t stop filming. One of the guys has to look at it. He’s saying: “Leave him alone, leave him alone!” But they keep beating him. That was really so brutal and in my opinion unnecessary. No one in the whole wide world needs to see this. You really identify with the victim and wonder if he will survive this hell. But I thought it would be even worse being the other victim, half beaten and forced to watch. He’s in an inbetween situation with the acting perpetrator on the one side and the helpless victim on the other, suffering almost like Jesus on the cross. I mostly identified with him, and he’s the character I would play. I’ve actually tried this myself, having to watch violence without being able to do anything.