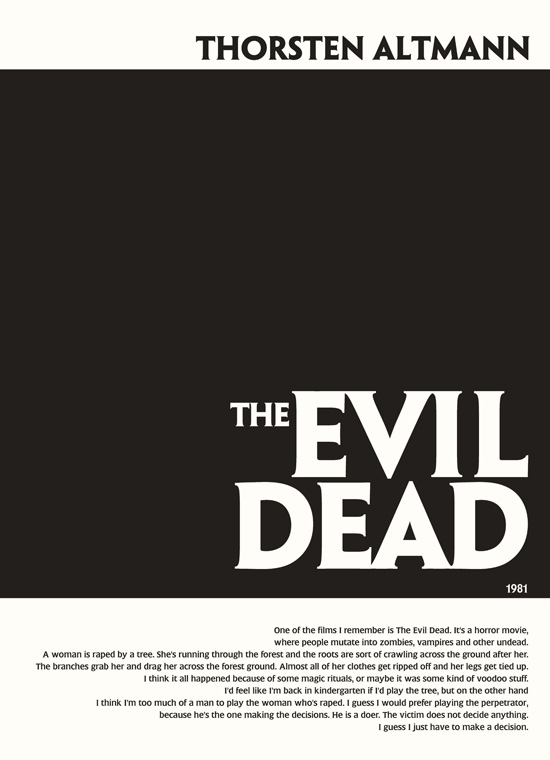 One of the films I remember is The Evil Dead. It’s a horror movie, where people mutate into zombies, vampires and other undead. A woman is raped by a tree. She’s running through the forest and the roots are sort of crawling across the ground after her. The branches grab her and drag her across the forest ground. Almost all of her clothes get ripped off and her legs get tied up. I think it all happened because of some magic rituals, or maybe it was some kind of voodoo stuff. I’d feel like I’m back in kindergarten if I’d play the tree, but on the other hand I think I’m too much of a man to play the woman who’s raped. I guess I would prefer playing the perpetrator, because he’s the one making the decisions. He is a doer. The victim does not decide anything. I guess I just have to make a decision.