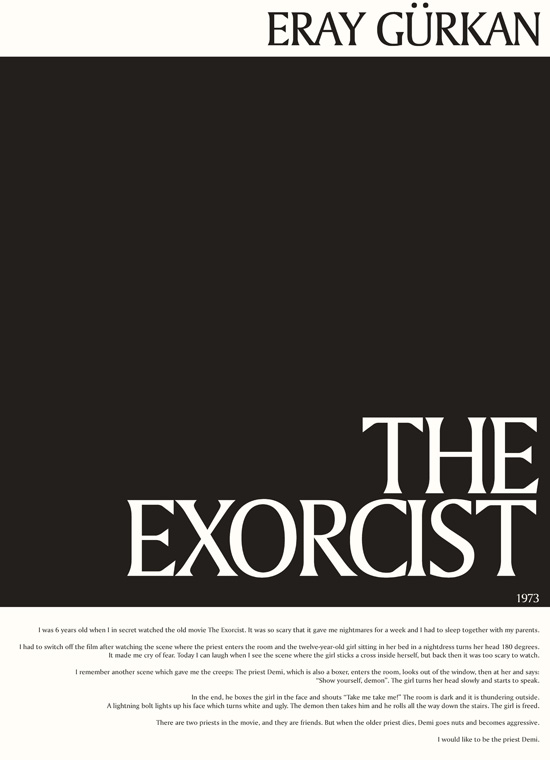 I was 6 years old when I in secret watched the old movie The Exorcist. It was so scary that it gave me nightmares for a week and I had to sleep together with my parents.

I had to switch off the film after watching the scene where the priest enters the room and the twelve-year-old girl sitting in her bed in a nightdress turns her head 180 degrees. It made me cry of fear. Today I can laugh when I see the scene where the girl sticks a cross inside herself, but back then it was too scary to watch.

I remember another scene which gave me the creeps: The priest Demi, which is also a boxer, enters the room, looks out of the window, then at her and says: “Show yourself, demon”. The girl turns her head slowly and starts to speak.

In the end, he boxes the girl in the face and shouts “Take me take me!” The room is dark and it is thundering outside. A lightning bolt lights up his face which turns white and ugly. The demon then takes him and he rolls all the way down the stairs. The girl is freed.

There are two priests in the movie, and they are friends. But when the older priest dies, Demi goes nuts and becomes aggressive.