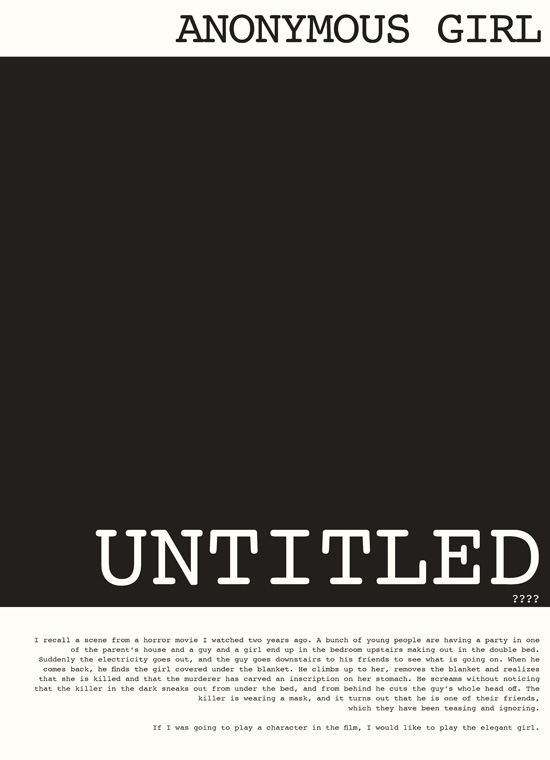 I recall a scene from a horror movie I watched two years ago. A bunch of young people are having a party in one of the parents house and a guy and a girl end up in the bedroom upstairs making out in the double bed. Suddenly the electricity goes out, and the guy goes downstairs to his friends to see what is going on. When he comes back, he finds the girl covered under the blanket. He climbs up to her, removes the blanket and realizes that she is killed and that the murderer has carved an inscription on her stomach. He screams without noticing that the killer in the dark sneaks out from under the bed, and from behind he cuts the guy’s whole head off. The killer is wearing a mask, and it turns out that he is one of their friends, which they have been teasing and ignoring.

If I was going to play a character in the film, I would like to play the elegant girl.