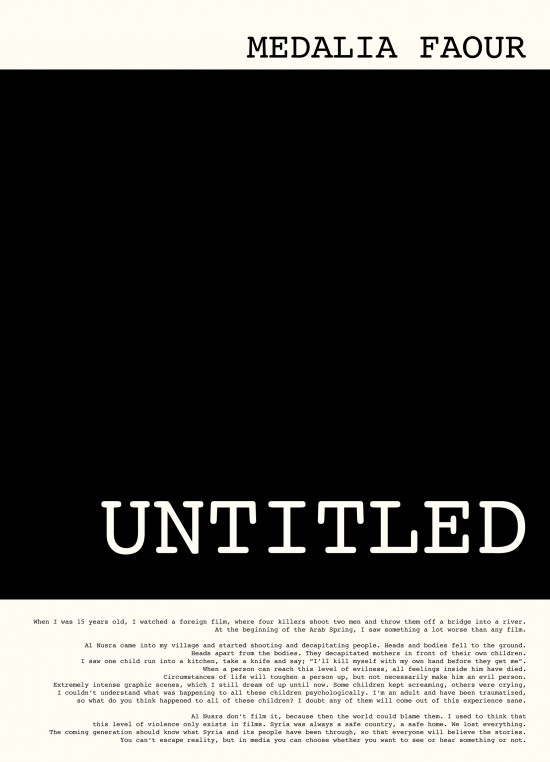 When I was 15 years old, I watched a foreign film, where four killers shoot two men and throw them off a bridge into a river.

At the beginning of the Arab Spring, I saw something a lot worse than any film. Al Nusra came into my village and started shooting and decapitating people. Heads and bodies fell to the ground. Heads apart from the bodies. They decapitated mothers in front of their own children.

I saw one child run into a kitchen, take a knife and say; ”I’ll kill myself with my own hand before they get me”. When a person can reach this level of evilness, all feelings inside him have died.

Circumstances of life will toughen a person up, but not necessarily make him an evil person. Extremely intense graphic scenes, which I still dream of up until now. Some children kept screaming, others were crying,

I couldn’t understand what was happening to all these children psychologically. I’m an adult and have been traumatized, so what do you think happened to all of these children? I doubt any of them will come out of this experience sane.

Al Nusra don’t film it, because then the world could blame them. I used to think that this level of violence only exists in films. Syria was always a safe country, a safe home. We lost everything. The coming generation should know what Syria and its people have been through, so that everyone will believe the stories.

You can’t escape reality, but in media you can choose whether you want to see or hear something or not.